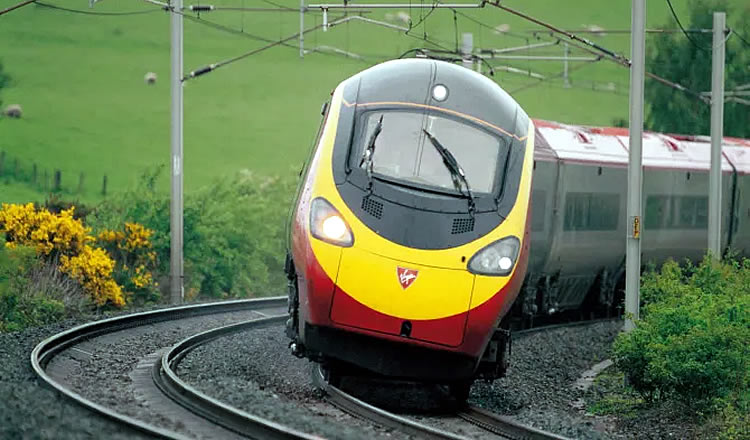 Virgin Trains announced that it tested 5G-powered Wi-Fi on train services along the West Coast Mainline, claiming it is the first rail operator to trial the technology.

When the technology is commercially available, it is expected to provide train passengers with Wi-Fi connections that are up to 10 times faster than today’s services. But Virgin noted that 5G-powered Wi-Fi is still in the early stages of development and didn’t offer a timeline for when the services will be available to train customers.

The trial ran in November on Virgin Train services between London Euston and Birmingham New Street and between London Euston and Manchester Piccadilly. Vodafone provided the 5G connectivity and McLaren Applied provided telemetry and control capabilities. Vodafone installed 5G connectivity in Birmingham New Street station in April this year as part of its earlier trials before launching commercial 5G services.

Vodafone also introduced 5G-powered Wi-Fi at Manchester Airport earlier this year, which uses a Gigacube 5G router to provide a Wi-Fi hotspot in Terminal One.

5G Wi-Fi on the Move

There are other projects in the UK that are working to bring faster Wi-Fi to moving trains using 5G connectivity. In February this year, train operator FirstGroup and Blu Wireless announced a partnership to roll out 5G-powered Wi-Fi this year on South Western Railway and trial services by early next year.

The UK government has set a target of delivering 1 Gbps to each train to improve onboard connectivity by 2025 using 5G-powered Wi-Fi. But one of its early trials has not gone to plan. In January this year, the government pulled the plug on the 5G component of the £35 million Trans Penine Initiative (TPI) trial, because the cost and complexity of deploying 5G radio infrastructure along the route were much higher than expected.